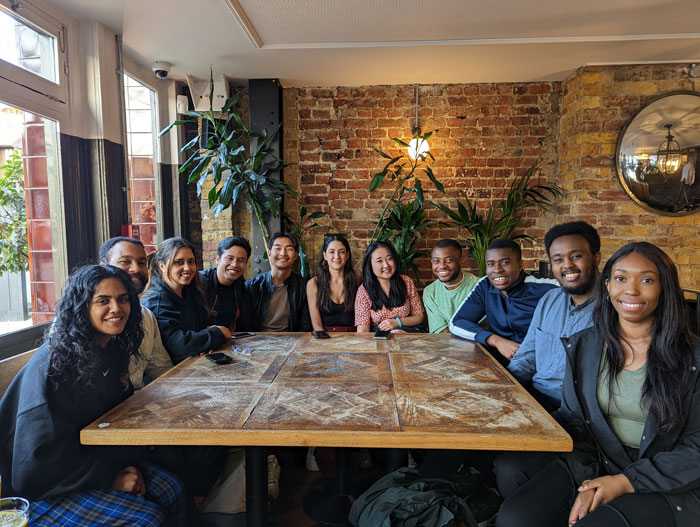 Last weekend, on 1st October 2021 Suvera celebrated its second anniversary.  Two years ago when Will and I incorporated the company we believed we could start an organisation that would use technology in a very human way, to improve people’s lives. Until then, between us, we had worked in some of the best organisations building health-tech but still believed more could be done. As much as we may have said otherwise at the time, we didn’t know what we would become. We just knew we want to get started. And started we did.

In the first year, Will and I honestly had no idea what we were doing. At some point, we realised we had to build a team to really get started. Two medics alone could only go so far. I luckily had two individuals at the top of my list to get on board. First our now Head of Design - Ryzard,  and secondly our now CTO - Diana. Both Ryzard and Diana, I had met many years before starting Suvera, and they'd left an impression on me. Within their respective disciplines, they were not only good at what they did, but they cared too. Over the years I'd known them, they'd both showed a desire to be one of the best at what they did. Design and tech were equally important to me, as the companies that have had the most impact on our lives have leveraged both in almost equal measure. I wanted Suvera to be one of those companies. Many conversations later, Ryz and Diana agreed to join the company as co-founders. This is how we began. Four co-founders, a set of assumptions loosely tested, but an ambition to change healthcare as we know it today.

Two years on, having started the company while at medical school and during a global pandemic, Suvera has evolved into a healthcare company in every sense of the world. We are an extremely diverse team of over 15 people from over 5 nationalities, located across 3 continents, across every discipline you might expect - from operations, to design to engineering. We actively support over 3k patients in primary care today. And have been building our own technology and processes to provide healthcare at scale. At our core, we enable proactive care for patients with multiple long-term conditions. Our mission is to keep people in good health. Who would have thought we would end up where we are today? But here we are.

There is so much I've left out from what the last two years of starting and running Suvera have been like. What I can say is that we are building the foundations of something truly special. If there is one quote that speaks to the heart of what we are doing for the healthcare system it’s this -

“There comes a point where we need to stop just pulling people out of the river. We need to go upstream and find out why they’re falling in.”― Desmond Tutu

To everyone who has helped us get this far - you know who you are - thank you! We’re only just getting started, too many people are falling into the river of ill health every day.

By clicking “Accept”, you agree to the storing of cookies on your device to enhance site navigation, analyze site usage, and assist in our marketing efforts. View our Privacy Policy for more information.
DenyAccept